Help us tell this important story! It's tax deductible. 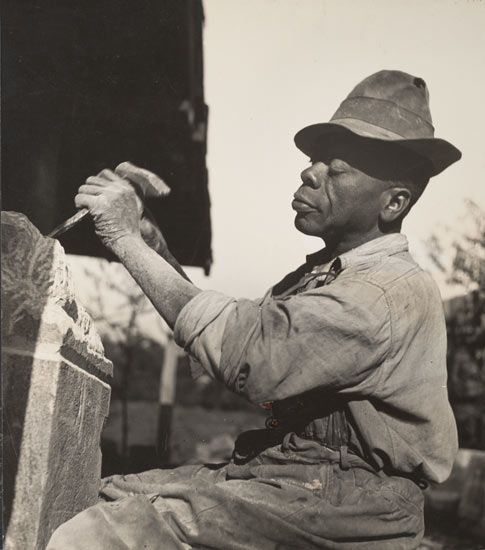 In the depths of the Great Depression, William Edmondson talked with God. And God delivered a message: “Learn to carve sculptures in limestone.” Within five years, the unschooled “negro” janitor from Nashville, Tennessee taught himself to be a master sculptor, crafting hundreds of garden figures and tombstone ornaments.  Against the odds, his work attracted influential fans, and in 1937 he became the first African American to be awarded a solo show at New York’s Museum of Modern Art. William Edmondson, inspired by what he described as divine visions, called his carved limestone figures “miracles I can do.” Today, his miracles are prized by collectors and continue to inspire new generations of artists.

Today, his sculptures fetch as much as $400,000. Yet Edmondson’s story and his work remain unknown outside of a small group of elite collectors. This documentary will finally bring his story the attention it deserves. What inspired and drove Edmondson? How was he able to overcome the heavy burden of discrimination and segregation, and become recognized in the highest strata of the art world? Who were the friends who helped his rise? What caused his fall back into obscurity? What is the lasting value of his work, and how does his legacy live on in the work of other artists today?

“Chipping Away: The Life and Legacy of Sculptor William Edmondson”,  a feature length documentary by award-winning filmmaker Mark Schlicher, celebrates the life of this extraordinary, unsung artist. “Chipping Away” will paint a vivid portrait of the artist, weaving together interviews with top historians and art experts, as well as never-before-seen first-person accounts from people who knew Edmondson. Also featured are rare historical photographs, and the only known film footage of the artist at work. “Chipping Away” is the product of painstaking archival and primary source research, and will reveal fresh insights into William Edmondson’s life and work.